Fruitvale Station is superb. Based on a true story, it’s about a day in a man’s life. Unarmed, he was killed by police at its end. Playing a real person, Oscar Grant, who was killed by police on New Year’s Eve in 2009, Michael B. Jordan’s breakout role is masterful. You see Oscar go about his final day alive—and the many people he profoundly effects—then you see him suddenly taken, and the devastation it brought to thousands. We often get desensitized to the importance of a life—and its endless ramifications anytime one is unnecessarily taken. But Fruitvale Station doesn’t bash police. It just elucidates the complexities and nuances of people who are often misconstrued by media—with themes of empathy and overcoming racial divides. I cried when the credits rolled. It is as emotional as it is relevant.

Am I biased toward The Social Network because I go to Harvard? Joke’s on you—I saw it in middle school! Anyway, David Fincher always provides fireworks, but this is his crowning work. It is cerebral, focused, twisted, and psychological. It is innately primitivistic, but it is also byzantine. The span of individuals, parties, and interests that construct this film is wide. The technical aspects are also quite revolutionary, from the soundtrack to the script to the set. The choir’s harrowing rendition of Radiohead’s Creep, featured in the trailer, sums it up.

Joaquin Phoenix is always perfect. He’s the best actor, in my biased view. And Her is incredibly artful, like Phoenix; it is indie, decorative, odd, and idiosyncratic. Even the color grading has a distinct palette centered around warm colors—heightening the aesthetic. Her also covers an interesting topic: Can humans and artificial intelligence fall in love? Perhaps it is far too soon to answer that, but the film examines it attentively. Furthermore, it’s hard to not make high art when you have Joaquin Phoenix, Scarlett Johansson, Rooney Mara, and Amy Adams.

This is the best of Wes Anderson, and that’s an astronomical standard. The Grand Budapest Hotel, like Her, is very artful & unique. From the shots to the sporadic dialogue to the costumes/makeup, it permeates a visceral setting sandwiched between the witty jokes and capricious plot turns. The Grand Budapest Hotel is an absolute delight to watch and also offers socioeconomic commentary candidly.

Inside Out was destined for greatness. Even so, this Pixar work transcends expectations, beating Miyazaki’s The Wind Rises as my animated film of the decade. Emotionally, it impacted me more than 99% of films, causing us to peer at life in challenging ways, while also providing marvelous visuals. It’s a Pixar film nominally designated for kids yet secretly made for adults, really.

I used to say I never watch romance films, then I saw Carol. It’s the only romance film on my list. Carol’s artistic achievements are stunning, while the acting and directing are impeccable. Cate Blanchett and Rooney Mara capture the essence of love better than any duo I’ve ever seen, despite them being straight. It is the most well-done romance film, exceeding Richard Linklater’s “Before” trilogy, and deserved the shocking 10-minute standing ovation it received at Cannes.

Speaking of Linklater, Boyhood is next. Filmed over 12 years with the same actors, Boyhood is the one film where you can watch characters age in real time from youth to adulthood. You literally get to watch a boy (and his family/friends) grow up. As a fellow millennial from suburban Texas who grew up at the same time, it was mind-blowing and emotionally scintillating to see parts of my childhood lived out on film—the struggles, the growth, the funny anecdotes. The entire story is sharp & unprecedented. The acting is masterful from talents like Patricia Arquette, who fittingly won an Oscar. It’s one of the most groundbreaking films I’ve ever seen. 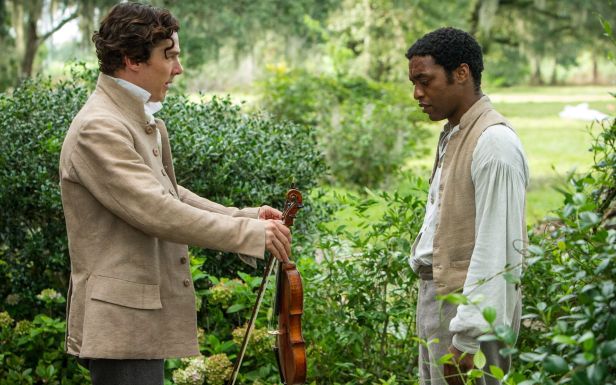 12 Years a Slave shocked the world. Covering the story of Solomon Northup—a father & husband, prodigy violinist, and northerner who was kidnapped in 1841 and sold into slavery. This film—in addition to all of its brilliant technical aspects and acting—stands out in materializing what it was like to be a slave in ways that we modern people cannot possibly fathom. Like I said earlier, we get desensitized and lost in the sheer numbers of these atrocities. It captures a range of both emotions and physical pain that is so vast, so real, that you forget you’re watching a film. It is disturbing, with scenes so gruesome that I wonder how Lupita Nyong’o and Michael Fassbender got in character, and proves an iconic film, filled with lessons applicable to our history and to our present. It is, by all accounts, a masterpiece.

An eccentric Harvard grad, Rhodes Scholar, and former philosophy professor at MIT, Terrence Malick is a genius. He is not only an artistic genius but an intellectual one too. His films are poetic, transcendental, and reflective. In this magnum opus, time is nonlinear, reality is obfuscated, and dreams/thoughts/ideas glide wondrously over voiceovers coupled with astounding nature scenes—as characters contemplate difficult topics from grief to death to existence to fear to doubt. As a secularist, I highly respect Malick as a Christian fascinated with evolution, showing that science and faith aren’t incompatible—examining Earth, life, and the cosmos not just in a family’s span but in the universe’s 14 billion years. The CGI was done by the man behind 2001: A Space Odyssey. And you’ll never see a drama with cinematography this excellent. The story is as compelling. All in all, you can’t box this work within the perceived boundaries of art. It’s more than that.

Did you see my review of Moonlight? My obsession remains. I still watch even the trailer often. Comparing Moonlight to another film is like comparing one of Picasso’s cubist works to a Rococo painting: It might not be as gratifying or beautiful to the masses per se, but it is incomparable in terms of its legendary technical and artistic accomplishments. Moonlight is a life-changing, presumption-torching, indie work of majesty. The script and screenplay couldn’t be more flawless. The cinematography is astonishing, particularly given the film’s low $1 million budget. The acting is historic Naomie Harris and Mahershala Ali deserved two Oscars for their performances in this film alone. The score is Nicholas Britell’s debut, yet it is also iconic. It was Barry Jenkins’s first full-length film as a director or writer. I could keep going all day. Moonlight is eye-opening art that creeps under your skin—and builds empathy for people who don’t look, speak, or act like you do. I recommend it to any human who can watch a coming-of-age drama with patience. I saw it on its debut day, I loved it, I posted here that it would win Best Picture at the Oscars, and it remains—in my opinion—the best film of the century. It blows me away what they accomplished in a few weeks of shooting with one camera, a paltry budget, an inexperienced crew, an unproven cast, use of many locals as extras (who made genuine contributions), and under the direction of someone making both their writing and directing debut for a full-length film. It’s insane. Say whatever you want about your subjective experience with this film. But if we’re trying to be truly objective, it’s hard to put any film (ever) over Moonlight.

Worst of the decade: Deadpool, The Big Sick, Suicide Squad